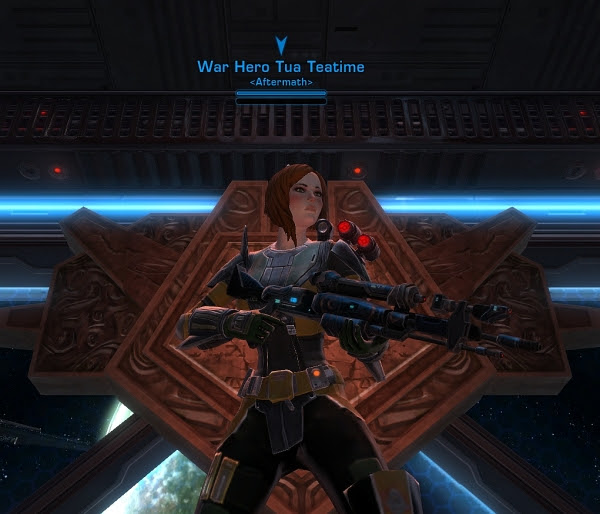 Tonight I finally hit Valor Rank 70, also known as War Hero. I'm pretty proud of myself, being such a latecomer to SWTOR PVP and all. I'm also growing rather fond of the small PVP community on my server, The Progenitor - there's one big and a few smaller Imperial PVP guilds that run premades, and one larger Rep side guild that's constantly causing me a headache with their really tough premades.

I'm always queuing solo for Warzones so it's always a gamble who I'll end up with and who I'll be fighting against - but it's part of the fun. I don't know what I'll do once we get Ranked Warzones, since you can only run those in a premade group of 8. Maybe I'll just have scout for an Imperial premade that's missing a sillykickass lil healer.

Oh and here's a little video of me running around like a headless chicken healing in Voidstar like a boss: